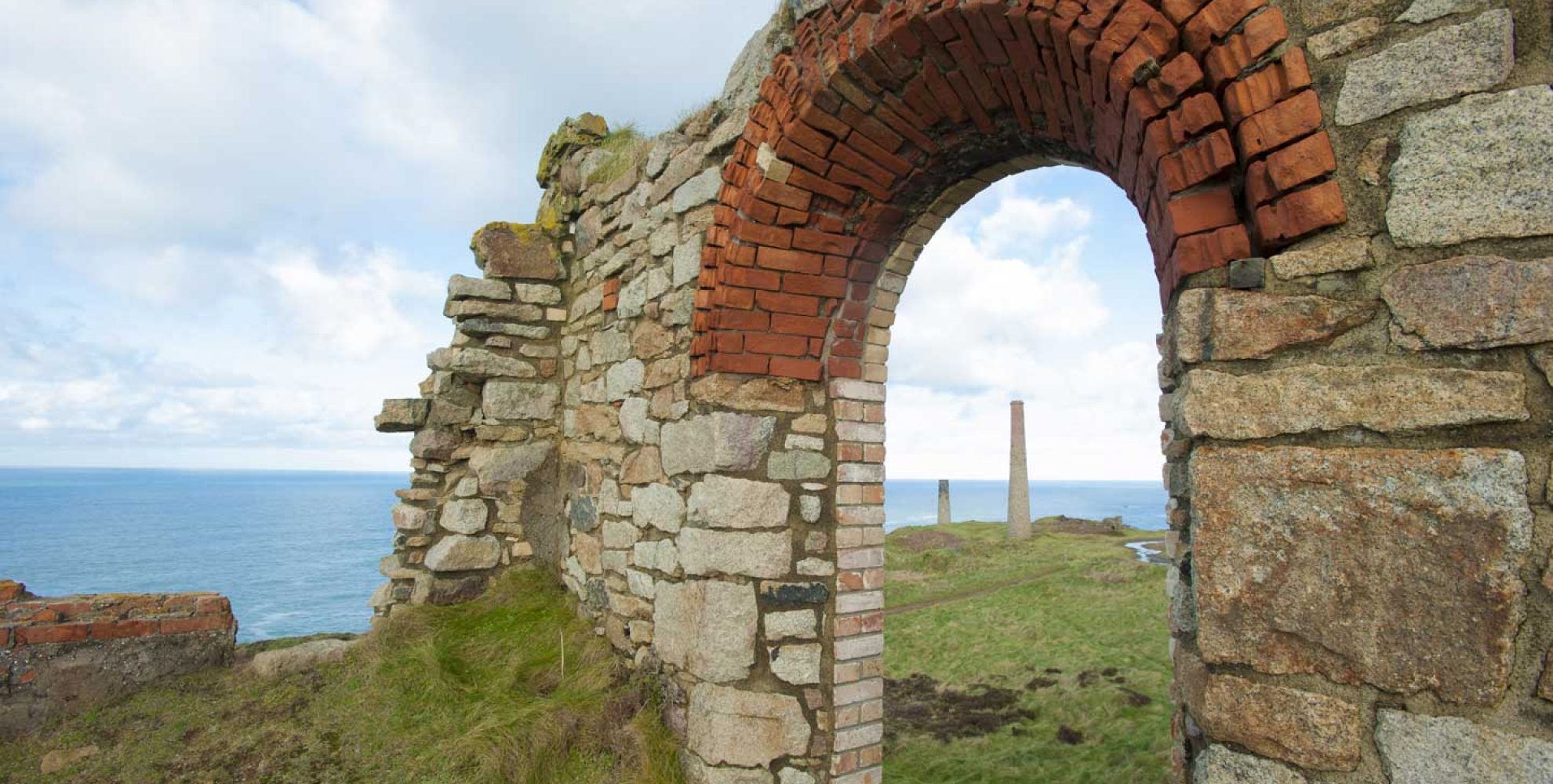 The Land of Cousin Jacks
“Wherever there’s a hole in the ground, you’ll find a Cornishman.” Rarely is that phrase more appropriate than in the United States, where the rush for precious metals was seen as a calling for the Cornish and their rich history of reshaping the underground.
With this mass migration from their homeland, the name ‘Cousin Jack’ became common parlance to refer to the Cornish abroad – although the origin of this name is obscure. Some believe it refers to grumbles by onlookers about these tight-knit communities and how they all seemed to know each other like family; others suggest it stems from the Cornish legend of Jack the Giant Killer, a man who dug a gigantic hole with his pickaxe in order to trap and kill the giant of St Michael’s Mount, later travelling to distant lands in search of more giants. Jack’s strength of character, wanderlust and mining capabilities made for an apt name for the overseas Cornish.
This wave of Cousin Jacks – often with their wife ‘Cousin Jenny’, named after a common Cornish name of the time – championed their culture across the length and breadth of the United States. Grass Valley in California still has traditional shows of Cornish carols and wrestling (two separate events, not at the same time); pasties are on sale in Michigan, Montana and Wisconsin while Tangier Island in Virginia has even kept a Cornish accent.

Presidents of Truro
Once deep beneath the surface, these Cousin Jacks and Jennys have made their way right to the summit of American fame. The migration of Thomas Burgess from Truro to Salem in Massachusetts might have seemed unremarkable, but many generations down the line would bring his 7th great-grandson and 19th president of the United States, Rutherford B. Hayes; a slightly different but equally fruitful branch of the family tree would bring Franklin D. Roosevelt, 32nd president and 9th great-grandson of that same Cornishman who gambled upon a fresh start.
A third potential Cornish-American president was Harry S. Truman. When presented with the Cornish crest of Tremayne by his cousin, Truman dismissed the suggestion that his ancestral home was in Cornwall – probably not because he held any hatred of the Cornish, but more likely because it would deny his preferred logic that the name descended from a wholesome Saxon surname that literally meant ‘true man’. But his cousin clearly believed it enough, and there was plenty of overlap between Truman and Tremayne with the spelling never settling (Tremayne, also Tremaine, had been written in Cornish as ‘Treman’ as far back as 1230). Maybe, just maybe, Harry Truman – with a name that means ‘stone settlement’ – hails from a manor in St. Martin on a quiet corner of the Lizard peninsula.

The Disappearing Cornishmen
Long before the Gold Rush was a glimmer in the eye, the Cornish were making moves in the earliest beginnings of new America. In 1584, Philip Amadas of Launceston was commissioned by Sir Walter Raleigh – then Lord Lieutenant of Cornwall – to explore the eastern reaches of North America. The first English settlement there, based on the findings of Amadas, would be Roanoke Island.
Many Cornish seafarers would make this intrepid voyage to become the new residents off the coast of modern North Carolina: men of Stowe, St Mellion, Trerice, Lostwithiel and Padstow. The men had left their homes with the promise of abundant sources of gold and silver; this was discovered to be a lie, relations with local Native Americans became increasingly heated, and the entire colony forced an evacuation by Sir Francis Drake. But the expedition did have its victories: potatoes, maize and tobacco were brought to the British Isles for the first time, whilst a Truro artist called John White returned to amaze the Elizabethans with his sketches of a New World.
John White would soon return to govern a second Roanoke colony where the first once stood – a more famous colony, but not for the right reasons. After White’s daughter gave birth, plausibly the first of many Cornish to be born in America, White would return to Britain for provisions. When White returned, the entire population of 112 had vanished with barely a trace.
The Lost Colony would become one of the greatest mysteries of all time; some believe that they integrated with the Native American people, others believe that they were murdered. Perhaps they set sail, or perhaps they moved inland for better land and precious metals – after all, Cousin Jacks never were very good at staying still.

The Man Who Predicted 9/11
Born in Hayle, Rick Rescorla’s term in Vietnam would see him nicknamed the ‘Cornish Hawk’, known for his good sense of humour and ability to calm his fellow troops with singing – a trait that would unexpectedly come of use during his security role at the World Trade Center.
In 1990, Rescorla invited a counterterrorism expert to check over his new workplace. After it was made clear that the basement was extremely vulnerable, Rescorla passed on this information to his employers who dismissed it because of the high costs. In 1993, the first attack on the World Trade Center would occur in the basement, killing many but ultimately failing in its aim to bring down one or both of the Twin Towers.
Undeterred, Rescorla suggested that the building was still a target and asked his company to relocate; when this was again dismissed due to high costs, Rescorla insisted upon practice evacuations every three months, each one timed with a stopwatch to make improvements. Despite having to argue persistently that these time-consuming evacuations were necessary, it would all prove worthwhile.
When the first plane struck on 11th September 2001, Rescorla ignored the advice to remain seated. The employees were swiftly led downstairs, the Cornishman singing the traditional songs of his people as he went. After safely removing the vast majority of 2,687 employees, Rescorla ascended the stairs once more – telling a passing colleague that he would only leave once everyone was out. He was last sighted upon floor 10, heading further upward.
Tributes to Rick Rescorla include a posthumous Presidential Citizens Medal and a monument in Hayle. Based on a biography of his life, an opera was produced in 2011 – fitting for a man who lifted those around him with the spirit of Cornish song.

Cornwall’s Zombie Apocalypse
The article wouldn’t be complete without a Hollywood ending. With its picturesque vistas, Cornwall has had its fair share of the limelight; Brad Pitt’s World War Z featured shots at Falmouth Docks, Tim Burton’s Alice in Wonderland featured a garden party at Antony House near Torpoint and the Eden Project became an ice palace in Die Another Day.
Oh, and there’s Apocalypto, My Cousin Rachel, Miss Peregrine’s Home for Peculiar Children, Straw Dogs and the small matter of the Game of Thrones prequel recently filming at St Michael’s Mount. Chances are it won’t be the last American production to take place on these fine shores; with Michael J. Fox and Colin Trevorrow just two of the Hollywood stars that have discovered their Cornish ancestry, perhaps there will be a few unsuspecting Cousin Jacks making a homecoming too.