During the G7 conference in June, the Royal Family headed west to meet world leaders at the Eden Project. Cornwall has many royal connections, stretching back hundreds of years: here are just a few.

Perhaps the most famous king to be enshrined in Cornish folklore is Arthur, and there are plenty of places you can visit to slake your thirst for this most enduring of legends. According to the 12th century author Geoffrey of Monmouth, Arthur was conceived at Tintagel Castle, the son of Uther Pendragon and Igraine, wife of Gorlois. Some believe Camelford is the historic Camelot, while Dozmary Pool on Bodmin Moor is reputed to be the home of the Lady of the Lake, from whom Arthur received his sword Excalibur, and to whom it was returned after he was mortally wounded at the battle of Camlann. That event is said to have taken place at Slaughterbridge, now home to The Arthurian Centre. As well as offering a fascinating insight into the legend, the centre also claims to be the site of The Vale of Avalon, and boasts the secret gardens of Lady Falmouth, especially beautiful in springtime.

Cornwall is home to many medieval castles, most of which are under the stewardship of English Heritage. While Tintagel owes much of its fame to King Arthur, the castle you see today was built in the 13th century on the instruction of Richard, Earl of Cornwall, who entertained and did business in the now ruined Great Hall. Today’s visitors will marvel at the sheer breathtaking beauty of the location, while the castle is entered via a gravity-defying bridge built in 2019.

Launceston Castle was the Earl’s strategically placed administrative headquarters, while he stayed twice at Restormel, a luxurious retreat with a large hunting park. Both sites played key roles during the Civil War, with Restormel briefly garrisoned by a Parliamentarian army, and Launceston used as the base for the Cornish Royalist defence of the county.

For Tudor Cornwall, visit the twin castles of Pendennis and St Mawes, twin forts constructed by Henry VIII in the 1540s and 1542 to defend the Carrick Roads against invasion from France. To get between the two, float across the Fal on the King Harry Ferry.

Perhaps the most relevant royal connection in the 21st century is in its status as the Duchy of Cornwall. Many folk down here do not like to hear Cornwall described as a “county”; while some refer to it as a “country” as a matter of principle, many plump for “the Duchy”. Cornwall is certainly recognised as one of the Celtic nations (along with Scotland, Wales, Ireland, the Isle of Man and Brittany in France). But what exactly is the Duchy?

In 1337, Edward III established the Duchy of Cornwall as a private estate to provide independence to his son and heir, Edward (also known as the Black Prince). To this day, it passes to the eldest son of the reigning British monarch at birth, or when his parent succeeds to the throne – so Prince Charles is Duke of Cornwall as well as Prince of Wales. Despite its name, the Duchy of Cornwall actually extends across 23 counties in England and Wales, from the Isles of Scilly (where the wildlife trust pays a peppercorn rent of one daffodil per year) up to Herefordshire, encompassing the Duke’s main residence of Highgrove in Gloucestershire.

The Duke is well-known for his views on sustainable architecture and urban planning, and his Vision Of Britain was behind the experimental town of Poundbury, in Dorset. You can find similar examples in Cornwall: at Nansledan, on the outskirts of Newquay; and in Truro, where a Georgian-style terrace overlooks Waitrose, a Cornish food store and a Park & Ride.

When HRH addressed world leaders at the Eden Project, he was on home turf. Just a few miles away is Restormel Manor, the official residence of the Duke and Duchess when down this way. Camilla’s younger sister, Annabel Elliot, designed all the interiors on the estate, including a collection of holiday cottages and barn conversions for your enjoyment. These are within easy reach of Restormel Castle and the Duchy of Cornwall nursery, originally established to serve the nearby Duchy estates but now open to the public, with a fantastic café and gift/homewares shop.

Cornwall has long been a popular place for younger royals to enjoy some rest and relaxation. St Mawes was the choice of the Queen, the Queen Mother and Princess Margaret during cruises on the Royal Yacht Britannia. They would often drop in on family friend Dick Wilkins at Penolva, coming ashore via a private slipway; today, this exclusive hideaway is available for holiday rental. In more recent years, the north coast resort of Rock, dubbed the Saint-Tropez of Cornwall, has attracted young princes William and Harry, who first came in the late 1990s, and have been pictured enjoying a spot of surfing in Polzeath. 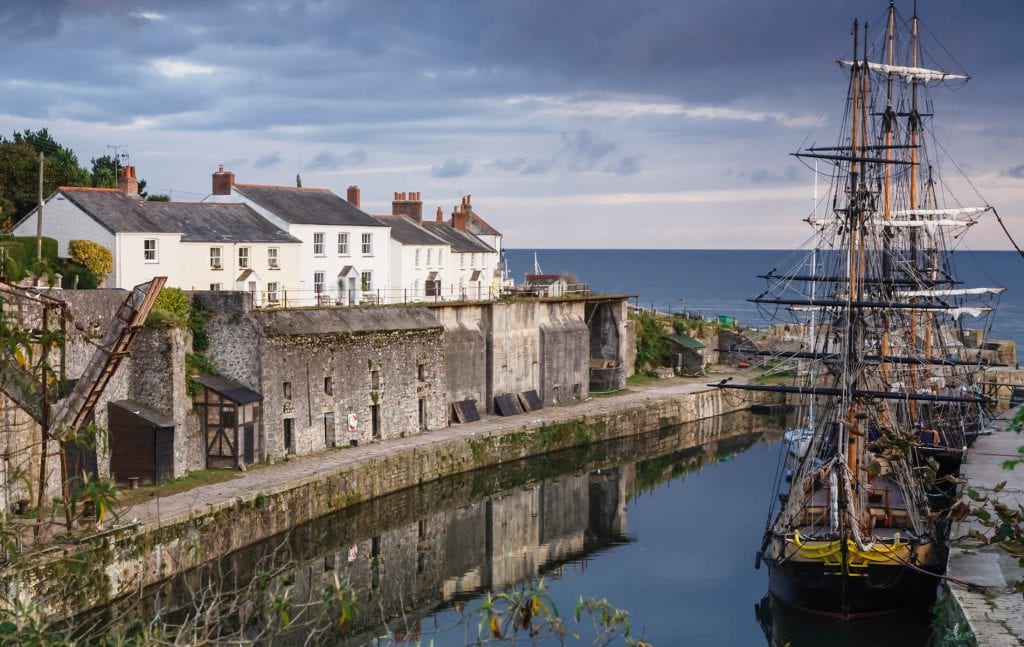