Cornwall is world-famous for its spectacular coastline, and rightly so. The Atlantic swell attracts intrepid surfers and bodyboarders, while the gentler waves of the south coast lend themselves perfectly to kayaking, SUP and other watersports.

But what of the interior? Someone once said: “Devon is the picture, Cornwall is the frame,” in reference to the neighbouring county’s capacious inland habitat. Cornwall’s might be smaller, but it’s just as beautiful – we don’t need to frame anyone else’s, thanks very much. And as any local will tell you, when the beaches are busy at the height of summer, there’s no better escape than to a landlocked beauty spot.

Take the vast expanse of Bodmin Moor, wild and bleak, all windswept tors and hardy livestock. It’s not hard, and just a little thrilling, to imagine smugglers seeking refuge here (thanks, Daphne du Maurier), or Gothic murders – park at the bottom of Roughtor and pause for thought at the monument to poor Charlotte Dymond, before tackling the summit of Cornwall’s second highest peak.

Alternatively, head for a leafy woodland complete with babbling brook, the ideal shelter on a sweltering summer’s day. Near Liskeard, Golitha Falls (managed by the Woodland Trust) is a stunning spot, while just outside Bodmin, Cardinham Woods (Forestry England) offers walks of varying lengths, as well as family trails and routes for horse riders and cyclists.

As for lakes, Stithians is one of the windiest inland waters in the UK, which makes it popular with sailors and windsurfers, while Siblyback is great for family days out and camping. Both also offer cycle trails and (importantly) cake. For a hefty dash of legend, visit Dozmary Pool, rumoured to be the resting place of King Arthur’s sword, Excalibur (try your luck, others have). But think about your behaviour first; to repent for past sins, giant Jan Tregeagle’s tormented spirit was ordered by the devil to empty Dozmary, using only a limpet shell with a hole in it.

Of course, Cornwall has plenty of towns to explore. Launceston and Lostwithiel both have ancient castles with strong Civil War connections – from Restormel, it’s an easy walk to the Duchy of Cornwall Nursery; while Wadebridge excels at independent shopping, and Helston has a jolly boating lake and a fascinating folk museum. And let’s not forget the county’s only city, Truro, with its resplendent cathedral and pretty Victoria Park. Take a tip from a local: don’t wait for a rainy day to visit, as you’ll find yourself cheek by jowl with disappointed beach-lovers. Beat the crowds by coming on a nice day, and feel justifiably smug.

Drive somewhere new, away from the usual honeypots, and you might discover hidden treasure: Castle an Dinas, one of the largest and most impressive Iron Age hillforts now overlooking the A30, or Gwennap Pit, near Redruth, where Methodist minister John Wesley preached to thousands.

It’s easy to miss the Rame peninsula if you come bombing down the A30, yet it’s a joy to explore, with panoramic views of the River Tamar and the glorious Mount Edgcumbe Country Park: 860 acres of landscaped gardens, woodland estate and a deer park dating back to Henry VIII. Once the seat of the Earls of Edgcumbe, it’s now in public ownership, shared between Cornwall Council and Plymouth City Council.

Step back into Cornwall’s industrial past. Take the railway branch line from Par to the Luxulyan Valley, once a hive of activity in the china clay industry; today, greater horseshoe bats and song thrushes live among the remains of granite mine buildings and the majestic Treffry Viaduct. Or explore what was once Cornwall’s richest square mile: the conurbation of Camborne, Pool and Redruth, not a natural tourist spot and yet stuffed full of riches including the heritage discovery centre at East Pool Mine (National Trust), a trio of engine mines at Wheal Peevor, the redeveloped playpark of Heartlands and the Great Flat Lode trail skirting the brooding hulk of Carn Brea.

Take a moment to check out a church – St Petroc in Bodmin is the largest after Truro Cathedral, while Bodmin Moor boasts some pretty gems, including Blisland with its lovely rood screen. The sylvan setting of St Winnow, on the wooded banks of the River Fowey near Lostwithiel, gives better-known St Just in Roseland a run for its money for sheer breathtaking beauty.

There are just two things to remember. One: don’t neglect old friends. Once you turn your back on the beach, you might never feel the need to see it again, and that would be a shame.

And two: keep these things to yourself, or else everyone will want a piece. All right? Proper job! 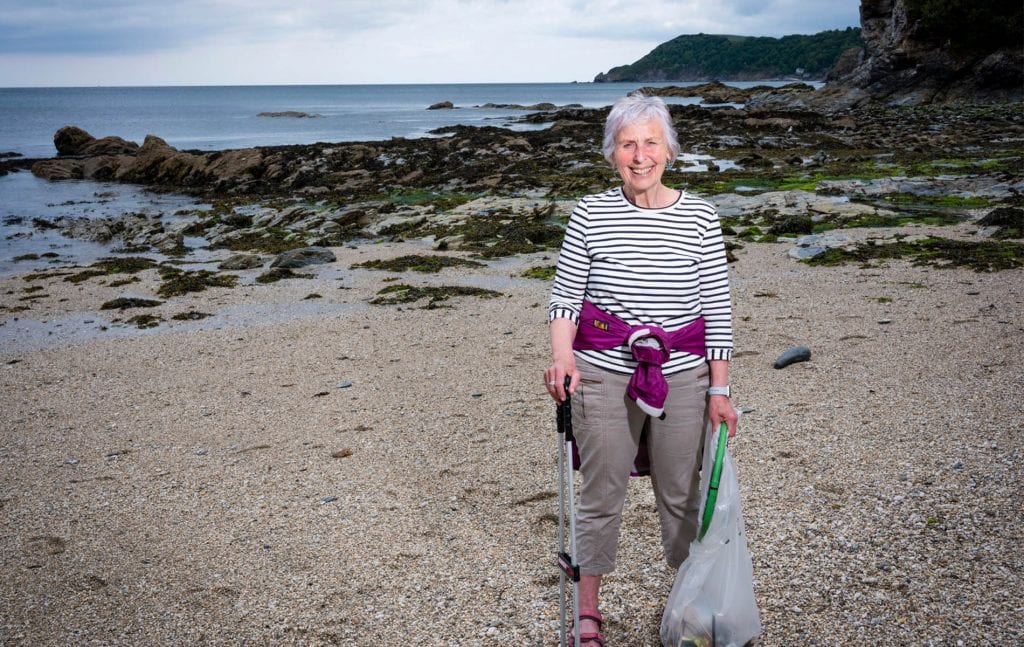 10 Tips for a Sustainable Stay