When going on holiday, reading literature written in or inspired by the area is a great way to immerse yourself in it and get the most out of your stay. This is as true of Cornwall as it is of Provence or Catalonia. Here are some suggestions to send you scurrying to your bookshelves, library or (independent) bookshop.

The First Lady of Fowey was undoubtedly a great choice of gift for FLOTUS Jill Biden, who on her G7 visit to Cornwall received a first edition of The Apple Tree – a compendium of short stories including The Birds, made famous by film director Alfred Hitchcock. Du Maurier’s novels are rich in suspense, romance and Gothic thrills, all set against a backdrop of Cornish land and seascapes. Start with the big hitters, like Rebecca (inspired by du Maurier’s marital home of Menabilly), Jamaica Inn (Bodmin Moor) or Frenchman’s Creek (the Helford); or try lesser-known titles such as The Loving Spirit (Pelynt) and The King’s General (Civil War Lostwithiel). If non-fiction is your thing, find out how du Maurier felt about her home county in Vanishing Cornwall.

If du Maurier is Cornwall’s literary queen, Graham is its indisputable king. The 10 novels that make up the Poldark saga show 18th-century Cornwall at the height of its tin mining fortunes, and have spawned two major BBC TV series, in recent years making smouldering stars of both actor Aidan Turner as hero Ross Poldark and of West Cornwall’s rugged coastline. Graham lived in Perranporth from 1925 until 1959, and retained strong links with Cornwall until his death in 2003. A generous legacy was used to fund a literary prize in his name, open to any published historical novel with a connection to the West Country; it was claimed in 2020 by Kayte Nunn for The Botanist’s Daughter, split between Victorian Cornwall and present-day Australia.

Like this? If 10 novels aren’t enough to quench your thirst for a good family saga, you could move onto the Penmarric series by Susan Howatch. Following the fortunes and disputes of the Penmar family during the 19th and 20th centuries, it was also adapted into a television series in 1979.

The author of The Shell Seekers, and countless novels and short stories, was born in Lelant and drew heavily upon Cornwall for the landscapes depicted in her literature. In Germany, her tales have become Sunday night TV staples, epitomising an English stereotype of quaint tea rooms and country houses. So popular are they that the TV company that makes them has an office in Newquay and can regularly be seen on location in the county. When your favourite deli is transformed into a chintzy tea house, chances are it’s destined for 15 minutes of continental fame. Coming Home is another good choice, made into a TV serial in the late ‘90s.

Like this? Try Liz Fenwick, an American expat who draws inspiration from the lush landscapes of the Helford river for her romantic tales; or Fern Britton, whose novels bear the clear stamp of her North Cornwall home.

Who doesn’t love an anthropomorphised furry protagonist? You’d need a heart of stone to be unmoved by Ratty, Mole, Badger and Toad in Kenneth Grahame’s riverside tales of The Wind In The Willows. The book began life as the bedtime stories and letters written by Grahame for his young son, Mouse. A frequent visitor to Fowey, aka “The Little Grey Seaport”, Grahame stayed at the grand Fowey Hall hotel, rumoured to be the model for Toad Hall, while some believe the river in question is the pretty, gentle Ratty, meanwhile, bears a striking resemblance to close friend, fellow author and Fowey resident Sir Arthur Quiller-Couch, aka Q, who was very fond of messing around on boats. See also Falmouth’s Greenbank Hotel; the author stayed here in 1907, writing his customary letters to Mouse.

WJ Burley’s Wycliffenovels rose to fame when they were televised in the 1990s, starring Jack Shepherd as Detective Superintendent Charles Wycliffe. Burley was born in Falmouth and later became head of biology at Newquay grammar school. His novels were exemplary whodunits based in the place he knew best – from 1968, he wrote 23, the last unfinished when he died at home in Holywell in 2002. These offer a distinctly gritter view of Cornwall, covering issues of local interest such as the struggling fishing industry and long-term unemployment.

Another Cornwall-based author who continues to turn out page-turners is Robert Goddard, who was awarded the Cartier Diamond Dagger by the Crime Writers’ Association in 2019 for his outstanding contribution to crime fiction. Fault Line, published in 2012, is set in the China Clay industry that pockmarks the landscapes around St Austell.

For an Agatha-Christie style mystery, try The Cornish Coast Murder by John Bude, aka Ernest Elmore, who chose as a pseudonym to reflect the setting of his debut novel (alas, future works strayed to the Lake District, Sussex and Cheltenham).

There are so many Cornwall-inspired children’s books on the market, you’ll be spoilt for choice. Enid Blyton continues to thrill with her tales of adventures on land and sea; Kirrin Island, of Famous Five fame, is reputedly inspired by an island Blyton glimpsed from a hotel window while holidaying in the county, and the series also tackles the serious issue of smuggling and wrecking in Five Go Down To The Sea. Boarding school Malory Towers, meanwhile, is set in Cornwall, following the trajectory of heroine Darrell Rivers from first-former to head girl.

The Mousehole Cat by Antonia Barber never fails to enchant. The legend of a cat who accompanies her owner a fishing expedition in rough and stormy seas, saving the starving villagers by catching enough mackerel to make a stargazy pie, is celebrated every year on December 23 (Tom Bawcock’s Eve).

And look out for the two Michaels: Foreman, who lives in St Ives and has illustrated books for others as well as writing his own; and Morpurgo, who is especially fond of Scilly, the setting for Why The Whales Came and Listen To the Moon.

Without doubt, the most revered autobiography set in Cornwall is A Cornish Childhood: Autobiography Of A Cornishman by AL Rowse. Born into humble origins in Clay Country, Rowse was academically gifted, studied at Oxford and became an expert in Elizabethan England, but never lost his pride in his Cornish origins and returned to live in St Austell. His memoirs recall a quainter, simpler time, and have been described as “a beautiful snapshot of life in Cornwall between the Wars” and “an affectionate and honest portrait of a society long since passed”.

Derek Tangye and his wife, Jeannie, abandoned sophisticated city lives to make their home at Minack – pronounced My-nack – near Lamorna, where they farmed daffodils on the Tangye spent 50 years here and from 1961 wrote 19 immensely popular volumes, with winsome titles including A Cat In The Window, A Gull On The Roof andA Donkey in the Meadow. His most ardent fans are loyal members of the Friends Of Minack Society and meet regularly to share their enthusiasm.

For something with a bit more bite, look to recent publications. Dark, Salt, Clear: Life in a Cornish Fishing Town by Lamorna Ash is a portrait of life in Newlyn, Britain’s largest working fishing port; while in The Salt Path and its sequel The Wild Silence, Raynor Winn contrasts the beauty of the coast path with the hidden issue of homelessness.

William Golding’s debut novel, Lord of the Flies, would become his most famous work, read in schools around the world as an allegory for the conflicting human desire for harmonious living and power. He was born in his maternal grandmother’s house in Newquay, and spent many childhood holidays there. His mother had the most Cornish of maiden names (Curnoe), and told him old Cornish ghost stories from her own childhood. In 1985, Golding and his wife moved to the mansion of Tullimaarin Perranarworthal, on the A39 near Truro; he lived there until his death in June 1993, and there are currently hopes to create an archive and resource centre in the grounds.

In Cornwall’s far west, DH Lawrence and his wife Frieda spent time in Zennor in 1916, shortly after the controversial publication of The Rainbow. Lawrence worked on Women In Love here, and described Zennor as “infinite Atlantic, all peacock-mingled colours, and the gorse is sunshine itself”. However, the locals were less fulsome; Frieda was German, and the pair were accused of spying and signalling to the enemy, and forced to leave at short notice in 1917. A fictionalised version of their time here can be found in Helen Dunmore’s Zennor In Darkness.

A stone’s throw from Zennor is beautiful St Ives, where Virginia Woolf spent childhood summers at Talland House, overlooking Porthminster Bay towards Godrevy, which would be immortalised (and transported to the Scottish Hebrides) in her novel To The Lighthouse.

The late Poet Laureate John Betjeman’s love of Cornwall is well-documented. Of Trebetherick, near Rock, he said: “We used to picnic where the thrift/Grew deep and tufted to the edge.” See his ornate headstone in St Enodoc churchyard, then play a round of golf next door. Launceston’s Charles Causley has been dubbed “the greatest Poet Laureate we never had”; a teacher at the school he himself had attended, he’s best known for children’s poems such as Figgie Hobbin and Timothy Winters. His former home, Cyprus Well, is now a centre promoting new literature and arts activity, offering residencies to emerging writers.

In 1939, Welsh author Howard Spring moved to Mylorand became a full-time writer, prolific in his output. His best known work is 1940’s Fame Is the Spur, the story of a Labour leader’s rise to power; but there are plenty of titles to choose from if you can find them (try a good second-hand bookshop), and many are based in his adopted home county, where he later became president of the Royal Cornwall Polytechnic Society and director of Falmouth School of Art. I Met a Lady (1961) sees a boy is sent from Manchester to Cornwall during the First World War to improve his health. There he meets an unusual group of characters who influence him strongly and intertwine with his life over the coming decades.

After moving to Launceston in 1970 to pursue his literary career, EV Thompson brought the historical novel Chase The Wind to the world. He wrote more than 40 books, and was proud to be a popular choice for library borrowers. He was awarded an MBE shortly before his death in 2012. 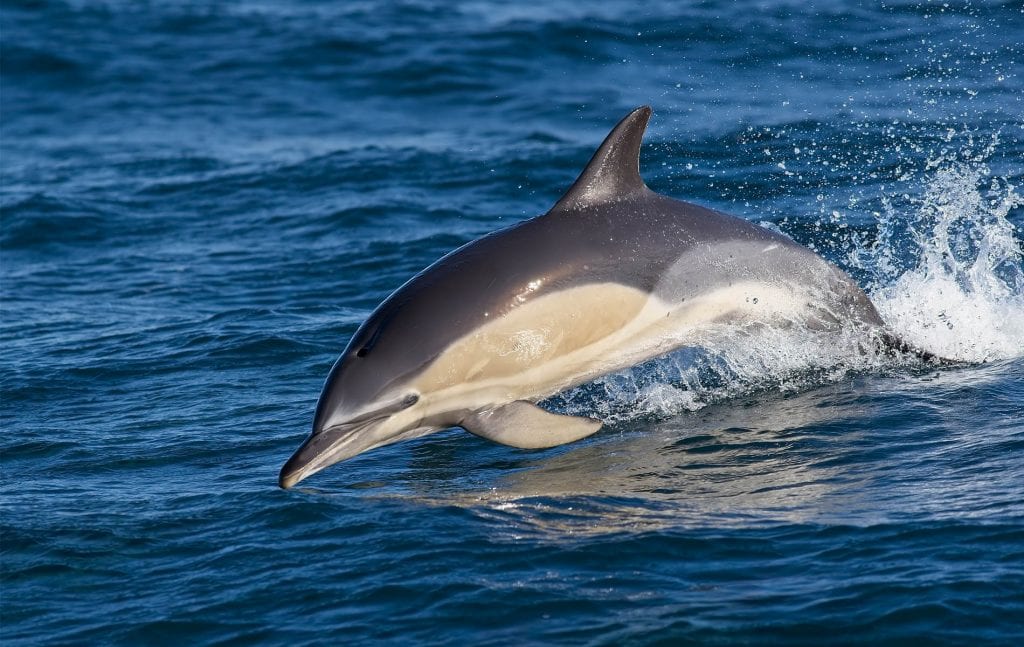 Why not Indulge in a Touch of Wildlife Watching?