When someone mentions books based in Cornwall, what do you think of?  Mining landscapes and Ross Poldark? Smugglers trekking across Bodmin Moor to Jamaica Inn? Modern day romances set on the beaches of North Cornwall?, John Betjeman reminiscing about train rides to Padstow?

Here’s a selection, starting off with two based in the location pictured above…

The Plot: Dona, Lady St. Columb, leaves London to make a sudden visit to her husband’s remote estate in the wooded creeks around the Helford, south of Falmouth. She believes the house unoccupied, but on arrival finds it is being used by a notorious French pirate who, inevitably, she will fall in love with.

The Author: Daphne du Maurier’s novels are known around the world, as well as Frenchman’s Creek, there’s also Rebecca, Jamaica Inn and The Loving Spirit amongst others.  Living in the Fowey area for many years, her life and novels are celebrated every year with the Fowey Festival.

A Cornish Stranger by Liz Fenwick

The Plot: Jaunty is 92 and lives in a remote cabin on Frenchman’s Creek off the Helford. She is now frail but used to be an artist and has captured the area in many paintings over the years. One day a stranger turns up at her door. He tells her that he has been left a painting in a family legacy, of a remote cabin just like hers. Now, he’s keen to find out why.

The Author: American author Liz Fenwick became so captivated and enchanted by Cornwall’s charm, the landscape and art, that she started writing novels about it.  Her latest novel, The Path to the Sea, is also based in Cornwall.

The Plot: Figgie Hobbin is the lead poem in a book of poetry for children first published in 1970. It tells of a King of Cornwall who is tempted with all sorts of exotic dishes, but tells his servants to take it all away and bring him what he really fancies, a humble dish of figgie hobbin, a Cornish pastry filled with currants.

The Author: A well respected, poet, writer and school teacher who sadly died in 2003. Causley wrote simple and direct poems, often based in Cornwall. His life and works are celebrated every year with a festival in his home town of Launceston.

The Newcomer by Fern Britton

The plot: It’s springtime in the Cornish village of Pendruggan and as the community comes together to say a fond farewell to parish vicar, Simon, and his wife Penny, a newcomer, begin to cause quite a stir…

The Author: Starting her TV career down here in the West Country gave Fern Britton plenty of time to explore Cornwall. The Newcomer is the latest of several novels Fern has based in the region. Ideal reading for a day spent on a sunny beach.

The Shell Seekers by Rosamunde Pilcher

The Plot: The bestselling book tells the story of Penelope Keeling as she examines her past including her relationships with her children. The Shell Seekers is a painting by her father given to Penelope as a wedding present, which she now realises is worth a lot of money. Should she sell it?

The Author: Born in Lelant near St Ives in 1924, over the years Pilcher has become very popular with German visitors to Cornwall, far eclipsing the interest from UK readers of her work. This is mainly due to German TV serialising many of her novels. The author died in 2019.

The Wind in the Willows by Kenneth Grahame

The Plot: Toad, Badger, Mole and Rat inhabit a world alongside the river and in the wild wood. They have many adventures, well known by children of all ages.

The Author: Kenneth Grahame was a good friend of Arthur Quiller-Couch, a writer who lived in Fowey. He would visit the town many times, including for his honeymoon, and it is reckoned by many that he based several bits of the book on the surrounding countryside including the wild wooded creeks up river from the Fowey.

The Plot: It’s a celebration of Cornwall by a man who loved the place. Inspired by childhood holidays and constant visits right up until his death. Includes both poetry and longer prose.

The Author: Possibly the best known poet laureate of recent years, Betjeman’s poetry is gentle and humorous and wonderfully describes the countryside around the Camel estuary in North Cornwall. Visitors can visit his grave in the church yard at St Enodoc Church across the water from Padstow.

The Plot: Ross Poldark comes home from the American War of Independance to find his sweetheart Elizabeth is about to be married to his cousin. But he soon gets over it when he meets a wild young girl called Demelza… but is he really over Elizabeth?

The Author: Graham wrote 12 Poldark novels, starting with Ross and finishing with Bella Poldark, published in 2002. He lived in Cornwall for 35 years, setting the novels near his home in Perranporth, something not portrayed in the TV adaptations which were filmed in the far west.

The Salt Path by Raynor Winn

The Plot: When the author and her critically ill husband are made homeless, they decide to go off and walk the 630 miles of the South West Coast Path. With just a tent and hardly any money, this true story tells of how the great outdoors, and all it can throw at us, can be a source of healing.

The Author: Now living in Cornwall, Winn has now writen a second book, The Wild Silence, about readjusting to normal life after homelessness, recovering trust and self-belief after the events that led to the first book. To be published September 2020.

The Widow Woman by Charles Lee

The Plot: Set in a Cornish fishing village in the late 1800s, it tells the story of Mrs Elizabeth Pollard, twice married, twice widowed and now, despite the fact that she is a large woman with a moustache and at times, traces of a beard, has several suitors looking to become husband number three. Could it be the boats and cottages she owns?

The Author: A Londoner by birth, Lee moved to Cornwall and for a while lived in and around Newlyn at the same time that it was a favourite haunt of the artists now celebrated at the Penlee Gallery in Penzance. He captures the dialect and gentle humour of the times so well in his stories, but sadly they are now all out of print, check out secondhand bookshops!

These ten books are only the tip of the iceberg. You will all have your own favourites, but we hope this is a good mix of genres from across the ages. 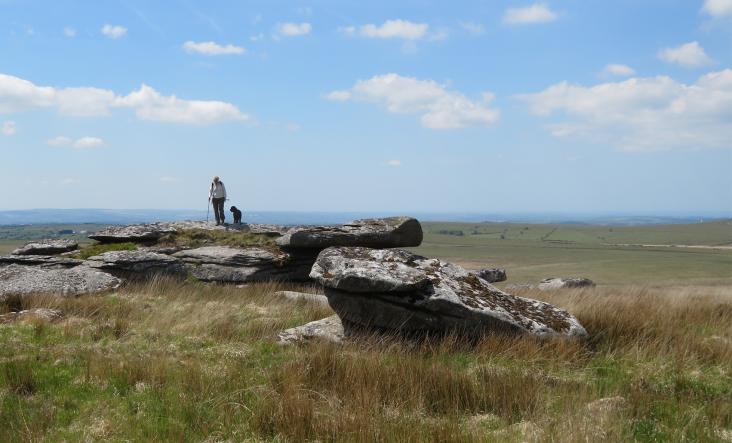